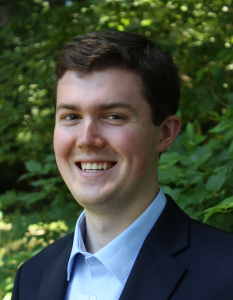 Justin Sherman is Co-Founder and Senior Fellow at Ethical Tech. He previously served as the initiative’s President and before that its Vice President, where he led research, events, and policy education programs on cybersecurity, privacy, and artificial intelligence. He is also a fellow at the Atlantic Council’s Cyber Statecraft Initiative, a research fellow at the Tech, Law & Security Program at American University Washington College of Law, a contributor at WIRED Magazine, and the technology advisor to the Surveillance Technology Oversight Project (S.T.O.P.) in New York City. His writing on a range of technology, policy, and geopolitical issues has appeared in The Atlantic, The Diplomat, Foreign Policy, Slate Magazine, and The Washington Post. He is currently earning his M.A. in Security Studies from Georgetown University’s School of Foreign Service, and before that, he earned his B.S. in Computer Science and his B.A. in Political Science from Duke University, where he co-founded the student cyber program, co-wrote two technology policy classes, and was a fellow at Duke Law School.