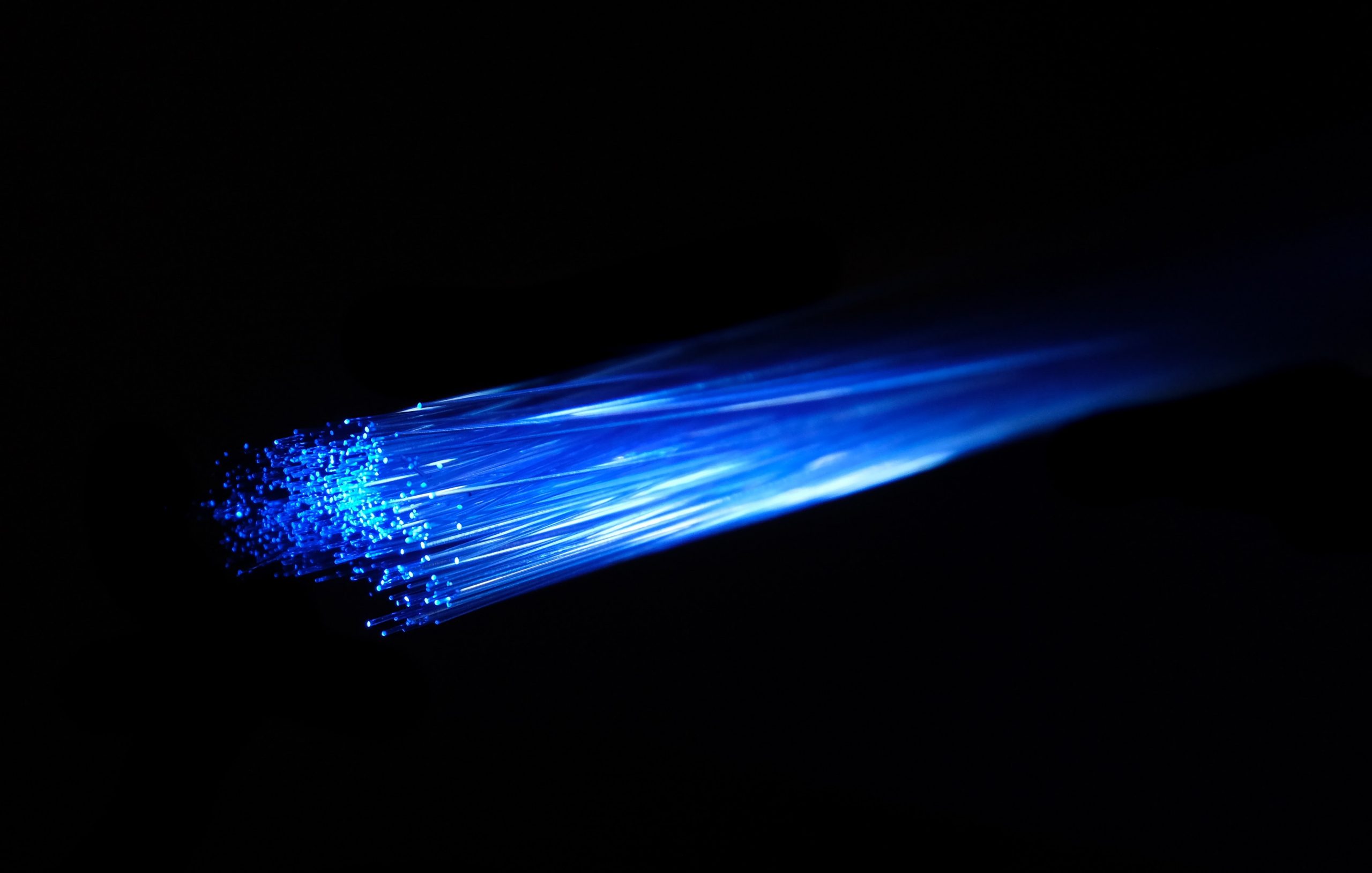 Broadband as a Utility Is a Matter of Ethics, Not Economy

In the past two decades, the world has changed dramatically. Hundreds of millions of people have a computer in their pocket that is more powerful than the computers of old that were larger than a modern studio apartment. We have 24/7 access to the largest database of knowledge in human history. We stream all our entertainment and increasingly leave physical copies in the past. Internet of Things devices  – light bulbs, doorbells, washers, fridges – are quickly permeating our lives.

But no one would have guessed that in 2020, the Internet would become the infrastructure of life. When COVID-19 hit, the world had to change overnight, and all of us along with it. Office workers were asked to work remotely. Children, from kindergarteners to college students, were told that virtual learning was the only option. People’s peaceful abodes suddenly became offices and classrooms. But not everyone has reliable Internet–if at all.

With more of our lives conducted online than ever before, it is unethical that millions of Americans do not have the resources to engage in this digital age. Crucial services like healthcare and education are continuing to move online, leaving those without reliable Internet at an even greater disadvantage than they already were – millions are stuck on the sidelines, with no acknowledgement that their needs are ever going to be attended to. Technology can’t be ethical unless all Americans have the Internet access they need and deserve. The best way for that to happen is to designate broadband a public utility.

The FCC (Federal Communications Commission) estimates that more than 21 million Americans do not have broadband internet access – which is “high-speed, reliable internet with actual download speeds of at least 25 megabits per second (Mbps) and upload speeds of at least 3 Mbps.” However, other data shows that this may be a gross underestimate. Microsoft, one of the world’s largest technology companies, has recently reported that  162.8 million Americans are not using the internet at broadband speeds. But even more concerning, research shows that 40% of schools lack broadband, and 60% of healthcare facilities outside of metropolitan areas lack access.

This lack of access has an outsized effect on poor and minority households, compounding the difficulties these families already face. In the past five years, studies have shown that 35% of lower-income households (annual income of under $35,000 a year) with children in school lack broadband access, compared with just 6% of households making upwards of $75,000 a year. Unfortunately, it’s just too easy to find reports of families and students having to travel to their local McDonalds or Starbucks to access the internet–embarrassing for a nation that prides itself on providing equal opportunities for all.

Now, it’s not like the government isn’t doing anything to address these problems. In 2014, the FCC established the CAF (Connect America Fund), the goal of which is to accelerate broadband build-out to the Americans who lack access to this infrastructure. This included subsidizing ISPs that are building new network infrastructure or performing network upgrades. However, it seems that even subsidies haven’t shifted the focus of major ISPs to areas that need help the most. It was recently reported that both CenturyLink and Frontier Communications, each having accepted hundreds of millions of dollars from the CAF to deploy broadband services to a combined nearly two million homes and businesses, missed FCC broadband deadlines in 2020 in dozens of states. Frontier claimed they were unable to complete their rollout due to COVID -19, while CenturyLink gave no reason in their filing. However, both companies put out statements in January 2020 – before the severity of COVID-19 was realized – that they were likely to fall short of broadband deployment requirements.

Treating broadband as a utility would solve these problems. If we think of a utility as a service that “1) relies on a physical network of some kind and 2) is a basic input into both domestic and economic life”, then it’s clear that broadband ought to fall in this category. No longer would new infrastructure only be built where it would generate revenue for Internet Service Providers (ISPs); instead, it would be an essential infrastructure that would be required to reach everyone.

Unfortunately, as it currently stands, the Federal Communications Commission (FCC) considers broadband an “information service” rather than telecommunications. What may sound like simply a semantical difference actually showcases a big divide – the FCC has very little ability to regulate the former category compared to the latter.

And this lack of regulation has led to big problems across the country. ISPs remain, at their heart, a business and operate as such, seeking out the areas where they stand to generate the most profit. But, in most cases, these desired areas aren’t the poorer neighborhoods – they’re the wealthy ones. This has led to what is frequently referred to as “the digital divide”, which means just what it says – it’s the gap between those who have access to computers and the internet and those who don’t. And this gap often falls along the same lines so many other societal problems do: income, race, gender, geography, etc. The consequences of this divide are vast, but perhaps most worrying are the effects it can have on education and the associated “homework gap.” Even more than a decade ago, in 2009, the Federal Communication Commission’s Broadband Task Force reported that 70% of teachers assign homework that requires broadband access and 65% of students use the Internet to complete assignments. Obviously, without broadband at home, none of that is possible.

Simply reclassifying it wouldn’t ensure that broadband would be considered a utility; it would simply be a first step. But even this potential reclassification draws criticism from the ISPs that profit from their anti-consumer behaviors. They claim that reclassification and regulation, or treating broadband as a utility, will result in a loss of innovation in the field, which will ultimately harm consumers. Some claim that making broadband a utility will result in anti-competitive behavior;  with only one provider consumers will no longer have the choice of who to buy their Internet access from. But the fact of the matter is, most Americans don’t have much choice in their Internet provider, with the lucky ones getting a choice from two to three, and everyone else just getting stuck with whatever happens to be in their town. In fact, the Institute for Local Self-Reliance recently found that many of the United States’ largest ISPS have divided up the country so that 83.3 million Americans can only access broadband through a single provider. But you don’t see the ISPs claiming that – which is of their own making – as limiting innovation.

Neither of these complaints, despite being presented as “pro-consumer”, are really valid – at least not to the average American. Treating broadband as a utility may mean that gigabit internet won’t come as quickly to those in large cities as it might have otherwise, since the initial focus will be on building out infrastructure where it doesn’t exist rather than improving the infrastructure that’s already in place. But the innovation wouldn’t be limited because more people have reliable access to the Internet; it would be limited because companies would no longer be able to control their profit streams to the same degree, as price regulations would be put in place if broadband were a utility. In fact, innovation might occur even quicker, as new standards could be mandated if broadband became a utility, and the government would be able to step in to help along those improvements. Having a single provider whose costs and services were regulated may decrease consumer choice, but in many cases that single provider would be far preferable to ISPs with constantly changing prices and data caps.

As with things like healthcare, the United States, supposedly the most powerful and richest country in the world, lags far behind our European counterparts when it comes to broadband access and pricing. In the U.S., the average price of an internet connection is $61.07, which would put us 28th out of 117 countries studied. If the U.S. were in Europe, we would have the most expensive Internet in the region.

Any way you slice it, the United States falls shy of where it should be when it comes to Internet access. And the best way to remedy that is to finally treat broadband like the necessity it has come to be and make it a utility. It’s high time that our government stopped bowing to the demands of corporations and stopped taking their money (but that’s an argument for another time) and actually stood up for the people it’s supposed to be governing. Broadband access isn’t simply a matter of economy – it’s a matter of ethics.